Only two European languages have words for wine that are not derived from Latin: Greek and Hungarian. The Hungarian climate is favourable for the growing of vine. The growth season relatively long due to the climate lends extremely rich taste to our wines. 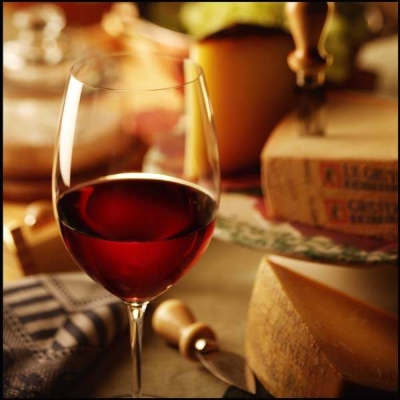 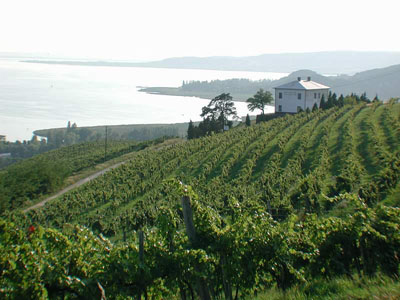 In the early history of wine making, ceramic vessels were solely used for the storage and transportation of wine. In ancient Mesopotamia barrels made from palm wood were used to transport wine along the Euphrates River.  Specific properties of palm wood caused it to be a difficult material to bend and fashion into barrels.  As a result wine merchants from different regions began experimenting with different wood styles.

Historians have been able to detect that oak has been present in wine making for at least 2 millennia.  Ancient records show that oak first came into use, on a widespread basis, during the Roman Empire.  Over time, wine makers found, that along with being great for storage and transportation, the oak barrels also imparted beneficial properties that helped to improve the wine.  In some cases the barrels made the wine lighter and better tasting.  In southeastern Europe, the indigenous oak of that region was, and continues to be, used in making barrels.

Hungarian Oak (aka Italian Oak) is the indigenous oak species in the area of Southeastern Europe.  Italy, the Balkans, Romania, Turkey and Hungary are where Hungarian oak can be found growing in varying degrees.  The epicenter of the growing area is found in the Balkans and, despite the English translation, is not widely found in Hungary.  As a result, some of the most prized oak barrels for wine making are those made from wood found in the Tokaj-Zemplén Forest in Hungary.  (They are also prized because of the success of Hungarian wines in International competitions.)

Hungarian Oak grows slowly and best in soils that are heavily acidic.  The hemi-cellulose in Eastern European oak tends to break down more easily which helps to impart exceptional characteristics on wine.  In the Zemplén Mountains the volcanic soil causes the oak trees to grow smaller as well.  This creates a finer grain which leads to a very delicate harvesting process.

Effects on Wine & Advantages of Use

As stated above, Hungarian Oak, from the Tokaj-Zemplén Forest, is the most prized of the Hungarian Oak species because of the properties it imparts on the wine.  Winemakers have found and prefer the softer, smoother and creamier textures that are produced in the wine after storage.  Along with those textures, the oak, as a result of it finer grain, imparts great flavors as well.  The flavors are also more slowly developed in Hungarian Oak than in the French and American oak barrels.  After storage connoisseurs and casual wine drinkers, are exposed to toasted, vanilla, sugary, woody, spicy and caramel-like flavors.  Year after year, Hungarian wines continue to have success at major international wine competitions, showing that the hype is well deserved.

3646 samples, more than a thousand winery, from 27 countries competed on the event.
Among the Hungarian vineries the best result was achieved by the Nyakas Winery, winning the SPECIAL VINITALY NATION AWARD 2010.
The Bárdos és Fia Winery, Günzer Tamás, Borpalota, Bock Winery, the Winery of Somogyi Tibor the Egri Korona Wine House were also awarded

Where to buy wine in Budapest?

Look for small wine shops around the city. You will find quality wine and assistance. In supermarkets and especially small food shops you have smaller chance to select a nice wine. Try to keep the price above 1500 HUF, that also increases your chance to drink quality wine.